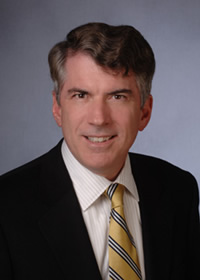 Dr. Gregory Scimeca
Dr. Scimeca is the Chief of Ophthalmology at Rancocas Hospital and has performed thousands of refractive procedures since the early 1990’s.  He has performed tens of thousands of cataract procedures.  He has dedicated his practice to laser refractive surgery and cataract surgery. His current practice is located in Willingboro and Moorestown, New Jersey.

After completing his undergraduate study in chemistry at Columbia University in New York City, Dr. Scimeca received his medical degree from Thomas Jefferson Medical College in Philadelphia. He subsequently completed a pre-residency fellowship in Neuro-ophthalmology at Pennsylvania Hospital. Dr. Scimeca then completed his ophthalmology residency at Temple Hospital in Philadelphia, PA. He is a board certified Diplomate of the American Board of Ophthalmology.

Dr. Scimeca received extensive training in PRK and LASIK and completed the US Surgeons Course in Denver, Colorado. He has distinguished himself both academically and in clinical affiliations. He serves as a Clinical Assistant Professor in the Department of Ophthalmology at the University of Pennsylvania School of Medicine.

Dr. Scimeca’s numerous original ophthalmology research papers have been published in major journals. He is also a contributing author to a widely
used textbook in ophthalmology.

Dr. Henry Scimeca
Henry Scimeca, M.D. has been a practicing Glaucoma Specialist for over 45
years.  He was a member of the Glaucoma Service at Wills Eye Hospital and was responsible for teaching Resident Doctors and Glaucoma Fellows.

He has published numerous journal articles and lectures on the subject of Glaucoma and he is considered to be a leading authority on Glaucoma. 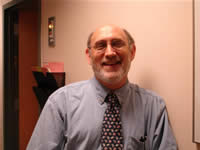 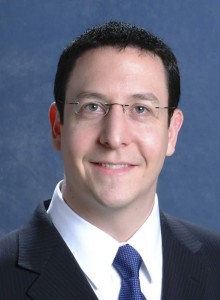 Dr. Chandler earned his medical degree in 1998 from Duke University School of Medicine. During his time there, he was awarded a prestigious Howard Hughes
Research Fellowship. Dr. Chandler then began post-graduate training with a general surgery internship at Harvard University’s renowned Massachusetts
General Hospital in Boston. He went on to complete an ophthalmology residency as well as a fellowship in cosmetic and reconstructive oculofacial surgery
at the University of Pennsylvania.

Since the end of his formal training, Dr. Chandler has completed continuing education courses in such areas as oculofacial aesthetics,
orbital surgery, and cosmetic brow and mid-face lifting. He has published articles in several peer-reviewed medical journals on topics including severe orbital infections, lower eyelid reconstruction, and pediatric orbital fractures. 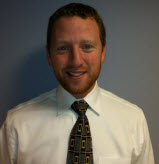 Dr Samartino
Dr. Samartino completed his undergraduate study in Biology at McDaniel College and received his doctorate of Optometry from the Pennsylvania College of Optometry. During his optometric training, he practiced and studied under Dr. Gregory Scimeca in ocular disease and management. Following his graduation, he was hired by Burlington County Eye Physicians to specialize in contact lens fitting and refractions.